I went on a quick trip to New York City and back to meet with our bishops who reside at the Cathedral in Midtown Manhattan, southwest of Central Park. Is a quick trip to New York City really possible? The phrase “New York Minute” implies a shrinking of time in which one of chronology’s smallest measurements is made even smaller by a large community of urban dwellers seeking to speed it up. Faster… and yet it always takes me longer than expected to get to my destination.

The sheer size of America’s largest city certainly contributes to this delay. It is not enough for a person to say they are from New York or visiting New York. The question always arises, “What part of New York?” Each borough has its own distinct history and feel. Manhattan, for which I am almost always headed either for visits to the Russian Consulate or for meetings connected to the Church, is the central borough of the city. It buzzes with frenetic activity too volatile to ever cease earning the moniker, “the city that never sleeps.” But this sleeplessness applies not only to the people but to the very buildings and places. 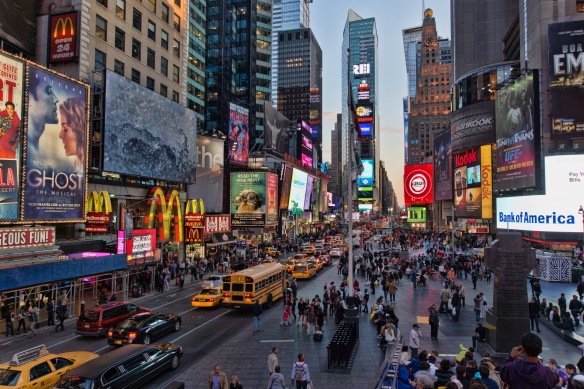 This is never truer than in Times Square, the heart of Broadway theatre, glamorous shows, and entertainment experiences that can only be described in polysyllabic exclamations: “Phenomenal!” “Stupendous!” “Absolutely Unbelievable!” And anyone suffering from hippopotomonstrosesquipedalaphobia need not fear, for the constant stream of video and moving color will more than compensate for anyone’s literary reticence. Any attempt to seize or savor a single moment is met by the fury of the next like the proverbial drink from a fire hose. The immensity of it is overwhelming.

Faster than any other city, bigger than any other city, but does that make it better? This last assessment is a question of value much more open to opinion and personal preference. G.K. Chesterton said of patriotism, “I do not love a country/city because it is necessarily lovable. It is lovable because I love it.” In other words, “God so loved the world that He gave his only-begotten Son, that whosoever believes in Him should not perish, but have everlasting life.” We love, because He first loved us and gave His life as a ransom for many. Therefore, no place on this planet is god-forsaken; it is we humans that forsake, we humans that abandon, we humans that declare a place uninhabitable. But God in His infinite mercy reaches down through his willing servants and breaths new life constantly into seemingly barren places– causing calm to descend into the distraction of Times Square and a table of plenty to bloom in an otherwise bleak wilderness.

Lord God of creation, send us all to the exact places for which you have made us to dwell into the exact age for which we have been born, that the particular love we bear for that time and that place may manifest your comprehensive love for the entire cosmos. Unto Thee be glory, now and forever, unto the ages of ages, world without end. Amen. 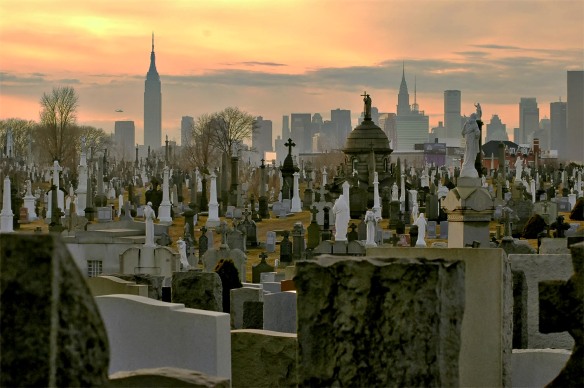 4 thoughts on “A Never-Sleeping City & the Never-Ending Kingdom”