I have told you these things, so that in me you may have peace. In this world you will have trouble. But take heart! I have overcome the world. (John 16:33)

An avid reader of this blog several years ago implored me to tell a few of the difficulties of living abroad with a large young family. While I do not wish to complain about our gracious host country, I also do not want to paint all of our experiences with an overly rosy outlook. Truth be told, it is often quite hard, especially when things don’t work out the way they are planned. And especially for us Americans who just expect everything as a rule to be safe, expedient, and convenient, a paradoxical place like Russia can become quite unnerving.

Even in a large, modern city like Moscow, being able to predict what is possible and how much time it will take can prove a delicate, prayerful art in which nothing is taken for granted. Let me provide a relatively mild example.

We woke this morning with plans to meet our friends in Red Square and run a few errands beforehand. Wanting to attend a puppet show this coming weekend, my wife first tried to purchase tickets online. When that failed, she went in person to the theater, reasoning that a 2:00pm show later on would imply that the box office would be open. She did not take any of the children as they only slow errands down. A task that should have taken 45 minutes proved to be closer to 1.5 hours, and the office was not even open, so no tickets were bought. No explanation on the website or even a sign at the box office! By the time mama returned, the young ones were more than restless to go somewhere. 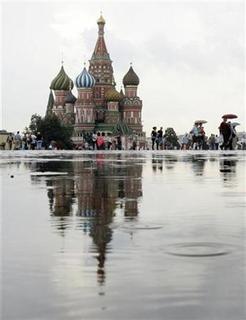 Meanwhile, our friends were expecting a call from mama before they left their apartment. When she called, they announced the need to run their own errand before meeting us. It is a rule when planning a time of meeting or departure to take account of the other’s contingencies. Therefore, what was originally planned for late morning got pushed back to mid-afternoon, and I was stuck with an antsy boy that especially needed to get out. With another caregiver at home, we were free at least to play at a nearby playground (the default plan when all else fails). But just as my son and I stepped out the door of our apartment building… dush proshoul (“the rain arrived”… it sounds so much grander in Russian). 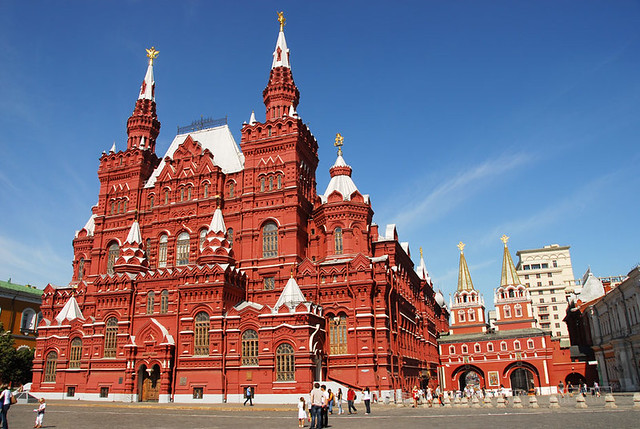 Long story short. We did eventually make it to Red Square and we did eventually go to the State Historical Museum there with our artistic friends, but not in the quick, convenient way we are accustomed to in America. And it made us more grateful for the experience overall. For when everything is handed to you on a silver platter, you tend not to appreciate it. The people who live here struggle in ways foreign to us comfort-loving Americans, and in the end, we believe they tend to be deeper and more interesting for it.

1 thought on “When Things Don’t Work”