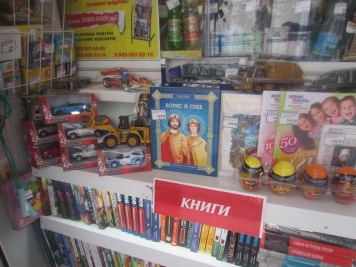 As our time in Russia comes to a close, I think most about the day-to-day providences that surround us in this vast land of Third Rome. They are divine providences that even a whole century of atheist communism could not break or expunge from the people’s memory. And they are founded on an interdependence between church and state, between Christ and culture whose foundation extends a whole millenium to the very Baptism of the people in the 10th century. 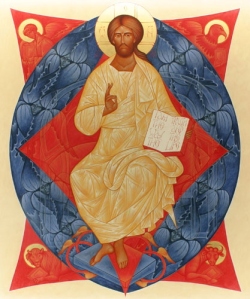 We freedom-loving Americans are proud to declare our nation’s independence yearly on the upcoming holiday of July 4th, and we are right to do so. A nation enslaved by the whims of an absolute dictator is usually not free to devote any loyalty to the King of Kings. For that dictator, like the Caesars of old, requires his subjects to burn a little incense in tribute of his alleged divinity. This political freedom we have won and declared our independence from overweening tyrants. But there is another freedom that we lose in our misunderstanding of liberty as that which allows us to do whatsoever we will, and that is the freedom of voluntary dependence and servitude to a worthy master for our life. Though I am free and belong to no one, I have made myself a slave to everyone, to win as many as possible (I Corinthians 9:19), says St. Paul who understood the best use for freedom. And our own first President George Washington underscores the indispensability of this submission to faith as a foundation for our nascent republic:

Of all the dispositions and habits which lead to political prosperity, religion and morality are indispensable supports. In vain would that man claim tribute to patriotism who should labor to subvert these great pillars of human happiness — these firmest props of the duties of men and citizens. . . . reason and experience both forbid us to expect that national morality can prevail in exclusion of religious principles.

Instead of this interdependence, we have construed Thomas Jefferson’s separation of church and state to be not a helpful distinction but a divorce in which both parties, at best, have limited visitation rights with one another. Prayer in schools is forbidden, infanticide is legalized, and everywhere godless humanism is extolled as the path to peace and prosperity. What was once our very life blood, the faith of our fathers, has been marginalized into a harmless corner of private life.

Baptism of the Rus by Vasnetsov

Our tragic divorce of things public and private does not operate here in the largest Orthodox Christian nation in the world. Pop culture singers openly make the sign of the cross in gratitude for a successful performance. Trolleys and taxicabs display icons for protection of all who travel, and cultural television programming regularly features clergy explaining key components of the Christian faith unapologetically. While she is still a nation in recovery and not everything she does promotes the kind of freedom we Americans hold dear, Mother Russia is doing well by her children and we would do well to see her in this light and not just the frustrator of international monetary ambitions. And while we declare our independence from being externally forced to pay onerous taxes, may we learn that the true pursuit of happiness begins with the fear of God.