Went last night to an event where good friends who went on mission to the Middle East told the stories of  internally displaced persons and refugees from the Syrian Civil War. They blog about some of their experiences here. Below is a recent sermon on the subject from a good friend of mine in Webster, MA. May God have mercy on us all and teach us how best to reach out and care for what happens on the other side of the world.

How many of us saw the picture of the little Syrian boy washed up on the shore in his attempt to flee into Greece? How about other images of migrants desperately trying to leave places of hopelessness for a better future in Europe or somewhere else? What would drive someone to risk not only their own life, but the lives of their children and entire family?

For many of us, we feel quite uncomfortable looking at these scenes of frantic migrants. If you look through the internet, we can see inspiring examples of people reaching out in compassion and care, while we also see how migrants, refugees, and immigrants can be bundled into a political football, and tossed around in quite a callous manner.

The danger of calling someone a migrant is that the label itself can dehumanize a person; labels can desensitize us into transforming a child of God into something other than ourselves. We no longer look at a Syrian father who is simply trying to save his family as someone like ourselves. We no longer empathize with the family that fled their home in fear of a war out of their control, who then languished in a refugee camp in a neighboring country for the past three years with little to no hope for the future, and finally decided to risk the lives of their very children by paying smugglers to pack them in some rickety boats to cross the Aegean Sea to Greece, and hopefully onward to northern Europe. With labels, we can ignore their human struggle and tragedy and instead simply think of them as people other than us – Muslims, migrants, foreigners, possible terrorists, illegal immigrants, etc.

Jesus told the challenging parable of the Last Judgment and said, “When I was hungry, thirsty, naked, sick and in need… whatever you do to the least of my brothers and sisters, you do to me.”

With a label, we choose to ignore the image of God in a suffering person. Yet if we strive to live out our Christian faith, we cannot but see Jesus in the despairing migrant. Jesus is in the little boy washed ashore and dead on the beach. Christ is in the desperate father risking the lives of his entire family for a little hope for the future. Our Lord is in the face of the distraught mother, mourning the loss of her children or husband. That countless disturbing images we see on the internet are Jesus Christ Himself. And He is waiting to see how we will respond to Him. What will we do?

Will we turn away and pretend it’s not our problem? Will we create caricatures of monsters and evil terrorists and use this to justify our inaction toward the desperately needy? We will find a story showing a few migrants acting in a criminal way, and thus label all migrants as dangerous characters?

We have a choice on how to look upon people in desperation, and we can choose whether we want to see Jesus in their faces, or pretend that they are just so different from ourselves that we don’t want to relate with them.

And yet, how many of us have forbearers who were desperate, poor immigrants. I know that my grandparents came to America as poor immigrants looking for a better life, and because they were different than the typical white, Anglo-Saxon Protestant Americans they were often ridiculed, rejected and despised. There was even a racial slur used against such immigrants in early 20th century America – PIGS – for the Poles, Italians, Greeks and Slavs. Our forbearers felt the wrath of ignorant and sometimes violent prejudice because a label was placed upon them. And even as one poor immigrant group assimilated into our country, another new immigrant group becomes the newly despised class – whether today it is some Hispanic groups, or Asian groups, or Middle Eastern peoples. We too often forget that our country of America was founded on generation after generation of poor, desperate migrants leaving their old countries in hopes of finding a better life here. Are these migrants of the Middle East so different than our forbearers of generations ago? 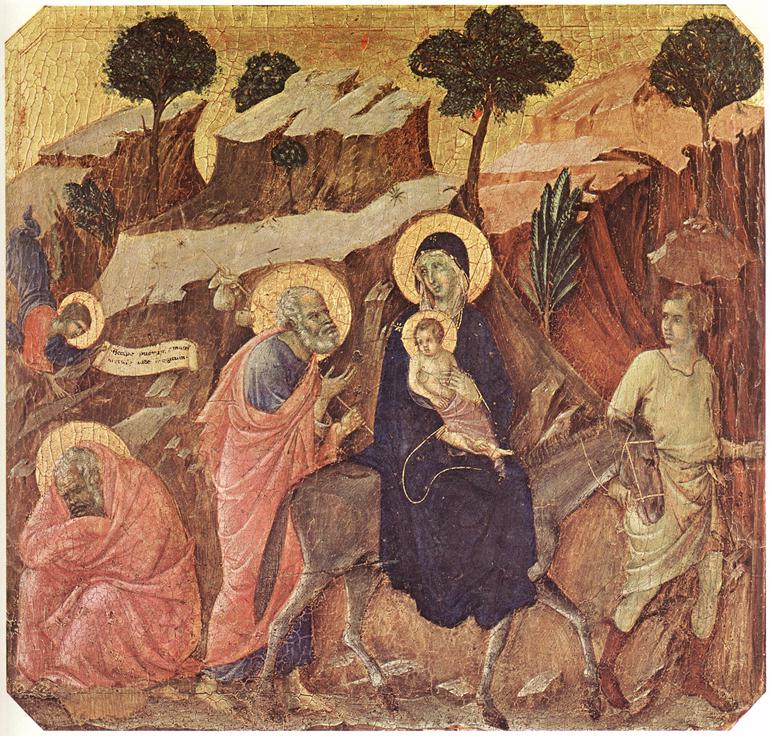 Of course, we can also look at our own religious history and reflect upon how often the people of God, the Israelites, were looked upon as a despised and hated people group in society. Our Lord Jesus Christ Himself even experienced such hatred when Mary and Joseph had to flee as refugees from Bethlehem to Egypt shortly after his birth. Imagine, Jesus Christ Himself as a refugee, fleeing the violence of his own country and finding refuge in a far away land. Was he welcomed and shown hospitality, or was he treated as a despised refugee?

Jesus understood from the earliest age what it meant to be displaced, rejected, and hated.  And He calls upon his followers to always treat those in such circumstances with compassion, mercy, grace and love.

We can reflect on today’s Gospel lesson from this perspective. “For God so loved the world that He gave His only begotten Son, that whoever believes in Him shall not perish but have eternal life. For God did not send His Son into the world to condemn the world, but that the world through Him might be saved.” (John 3:16-17) 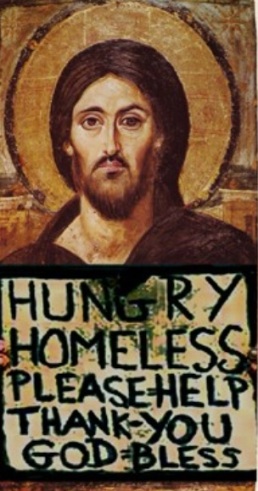 The beauty of the early Church and its proclamation of the GOOD NEWS of Jesus Christ was that it was Good News for EVERYONE. As Saint Paul so vividly described this openness to all when he said “There is no longer Jew nor Greek, there is neither slave nor free, there is neither male nor female, for you are all one in Christ Jesus.” (Galatians 3:28)

So let us allow our Christian Faith to guide how we respond to the migrant crisis facing the world. Be careful not to allow our political views, our ethnocentric views, our fears and insecurities to guide our lives, but let us strive to act as true followers of Jesus Christ. Remember His divine love which we have received, and which He calls us to share with all people. Let us remember that labels we place on people can dehumanize them, and make us forget about the divine image of God in each and every person. Let us ask God to help us see His image, and thus even our own image, in the other – in the desperate migrant of Syrian, as well as the illegal immigrant of Latin America. Whatever we do to the least of my brothers and sisters, we do to Christ Himself.