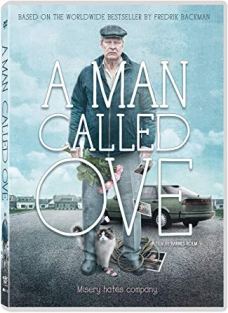 How could a man who has lead such a noble and praiseworthy life be lead to attempt suicide multiple times toward the end of his life? The answer is not a simple one like he just did not know God or love enough people. The answer to his despair and the clue to his salvation comes from an extended community around him of which he was only slightly aware at first. The Swedish film A Man Called Ove touches the deepest heart of what it means to be human, especially for people who have grown old and no longer feel needed, useful, or loved.

I was tipped off to this great movie by one of my utmost favorite reviewers. My wife and I were not disappointed by its humor, the extreme humanity of its characters, and the role that a truly caring community plays in saving other peoples’ lives. Ove’s oversized heart (both literal and figurative) keeps him from short-changing his own life and irresistibly attracts people to him who are in need.

I cannot recommend this movie enough for all who value the true dignity of human life. It is the best rebuttal in the films I have seen of those who advocate for euthanasia and the so-called “right to die”. This film makes it abundantly clear that each one of us lives lives inextricably interwoven with one another and that we must value our life to its very last breath.

1 thought on “A Life Worth Living”