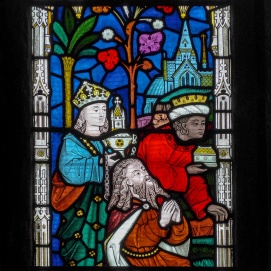 December 25/January 7, 2018
Nativity of Jesus Christ, the Son of God in the Flesh
A.K.A. Old School Christmas

O Come, Thou king of David bind
In one the hearts of all mankind.
Bid Thou our sad divisions cease
And be thyself our king of peace.

The wise men are by far my favorite characters in the Nativity narrative. From the East they arrive at the auspicious moment and place, guided by the help of a single prophecy and a single bright star. The Jews, the Lord’s own people by contrast, had centuries worth of prophecies, volumes of laws, and a revealed faith that should have prepared them for the greatest moment of human history: God come in the flesh. Yet when that moment arrived, “… his own received him not,” and the winning touchdown, the 49-yard field goal, and the extra point all went to some exotic, pagan kings that paid attention to the heavens. In that moment of the Magi’s visitation, all reason for one nation’s elite condescension over all the others came to an end and the universal Kingdom was revealed. 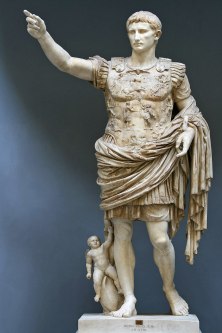 The Jews who had lived under the oppression of Rome for centuries and the oppression of Babylon and Assyria before that had every political reason to believe in the coming Messiah’s deliverance. But they missed the deeper, more universal deliverance the Messiah came to bring. The Prince of Peace came not just to replace one empire for another one. Our Lord became man to do something very similar to the reigning Roman Emperor whose Pax Romana had provided an image of humanity’s salvation:

When Augustus reigned alone upon earth, the many kingdoms of men came to an end: And when thou wast made man of the pure Virgin, the many gods of idolatry were destroyed. The cities of the world passed under one single rule, and the nations came to believe in one sovereign Godhead. The peoples were enrolled by the decree of Caesar, and we the faithful were enrolled in the name of the Godhead, when Thou, our God wast made man. Great is thy mercy: O Lord, glory to thee. (Doxasticon of Kassia at Vespers for Nativity)

We the faithful of every tribe people and nation are enrolled by Immanuel’s coming in our human flesh, no matter where in the world we come from and what crazy things our ancestors believed. I mean, dude, if star-worshippers from Persia can find their way to the manger, then so can this mixed-breed American mutt from another small town about the size of Bethlehem.

On this Great Feast of the Nativity, Lord, bid Thou our sad, sectarian divisions cease, all those sinful tendencies which cause us to attempt our own individualized i-kingdoms. And may He who took on our human flesh and condescended to our common weakness enroll us all in the heavenly Kingdom. Christ is born! Glorify him!