In the name of the Father and of the Son and of the Holy Spirit. Amen. Christ is risen!

Beloved in the Lord, I am grateful today for the privilege of expositing such a deliciously gregarious conversation between our risen Lord and a woman from Samaria named Photini. Our beloved Apostle and Evangelist John delights in recording these deep and sacred conversations and this one is his longest between the Lord and one other person, logging in at a whopping 20 verses.

Consider with me first the setting of this conversation at Jacob’s well in Sychar of Samaria. It is a very public, yet intimate gathering place, akin to the public, yet intimate encounter one has today riding on a bus or flying on a plane— random, yet providential encounters between total strangers that have the capacity to turn quite personal, and even eternal. Some would even call them divine appointments. Such is today’s providential encounter between the savior and a woman whose life up to then was shameful and without purpose. She was the daughter of a race of half-breeds, whose heretical faith, compromised ethnicity, and immoral lifestyle had ensured her membership in a disenfranchised class. Photini was a woman living a dead-end life among a discriminated minority.

St Ephraim the Syrian tells how gently and gradually the Lord reveals himself to this world-weary woman:

“From degree to degree, he led her and placed her on the highest degree. She first saw him as someone thirsty, and then as a Jew, then as prophet, and after that as God. As someone thirsty, she persuaded him; as a Jew, she recoiled from him; as a learned one, she interrogated him; as a prophet, she was reprimanded, and as the Messiah, she worshipped him.” (ACCS, Vol. 4a, Gospel of John, p. 163)

Behold the transformation of this purposeless profligate woman with 5 husbands! Her almost instant rebirth makes the doubtful Nicodemos of the previous chapter pale by comparison. Her conversation with the Lord of life brings her a life worth living and living water to satisfy her spiritual thirst forever. In a moment, she was transformed from a lost and careless sinner into a fervent equal-to-the-apostles. The gospel records how she left her water jugs, went into the city, and converted almost everyone there. One contagious conversation with the Lord turned her life and the lives of those around her forever. 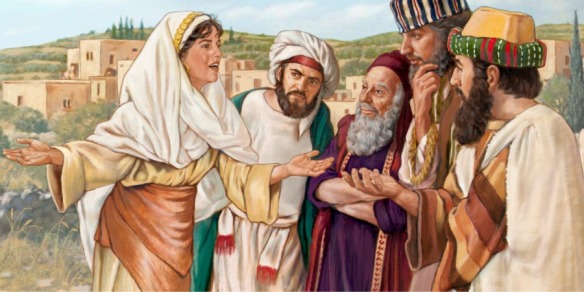 Photini’s sudden turnaround reminds me of one of the unexpected heroes in Charles Dickens’ Tale of Two Cities. Since we don’t know much of Photini’s life before meeting the Lord, I wonder if this fictional character might help fill in the gaps. In Dickens’ tale, the careless solicitor Sydney Carton spends all of his days in useless and carefree indulgence: 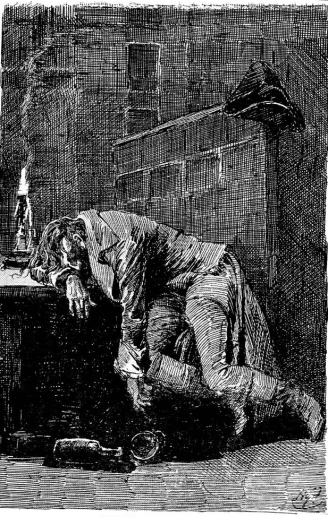 “Sydney Carton, idleist and most unpromising of men, was Stryver’s great ally. What the two drank together between Hillary term and Michaelmas might have floated a king’s ship. Stryver never had a case in hand anywhere but Carton was there with his hands in his pockets, staring at the ceiling of the court. They went to the same circuit and even there, they prolonged their usual orgies late into the night and Carton was rumored to be seen at broad day going home stealthily and unsteadily to his lodgings like a dissipated cat… [Then at night] climbing to a high chamber in a well of houses, he threw himself down in his clothes on a neglected bed and its pillow was wet with wasted tears. Sadly, sadly the sun rose. It rose upon no sadder sight than the man of good abilities and good emotions, incapable of their directed exercise, incapable of his own health and his own happiness, sensible of the blight on him and resigning himself to let it eat him away.”

Such was the state of this wasted profligate until he met Lucy Manette, a woman of intense purity and untiring virtue, his perfect opposite. Her very presence and humble regard for Sydney eventually led him to be much worthier of himself, as he sees in a moment a way to redeem all of his former debauchery. He sacrifices his very life on behalf of Lucy and her family and thereby commits a substitutionary atonement for his sins. This man who had lost all purpose in living suddenly found purpose in dying for another. And as he faces the guillotine, he quotes the words of the Lord concerning Lazarus: 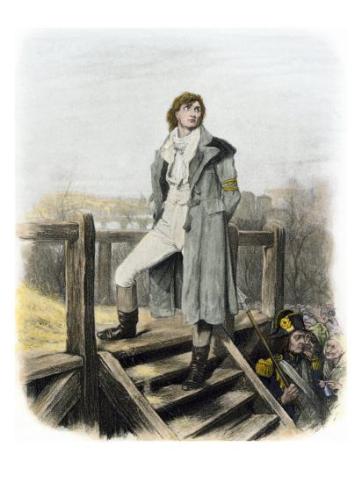 “I am the resurrection and the life,” saith the Lord. “He that believeth in me, though he were dead, yet shall he live. And whosoever liveth and believeth in me shall never die.” (John 11)

In that moment, he changes his entire legacy, as the Manette family passed down his name and memory of his sacrifice to generation upon generation of their descendants.

A similar thing happens to St. Photini, the martyr who died at the hands of Nero on March the 20th along with her five sisters Kyriaki, Anatolia, Photis and Paraskevi, her oldest son Victor and youngest son Joses. So potent was St. Photini’s faith that she, all her household, and many of her former persecutors came to faith because of her radiant example.

Where are you this morning? Is there a sinful habit of life that is binding you in an endless cycle of indolence and worthless repetition? Does your work leave you feeling unfulfilled and uninspired? Then make an appointment with the One who is the resurrection and the life and see whether the contagious conversation does not produce in you the same fervor to spread the good news. Perhaps then you too can conclude your life like the repentant Sydney Carton, “It is a far, far better thing that I do, then I have ever done. It is a far, far better rest that I go to, than I have ever known.” Christ is risen!