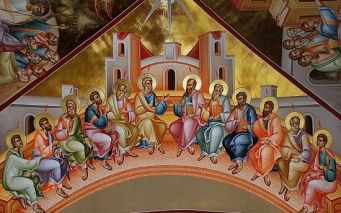 I have blogged before about the challenges of culture shock, dealing with the strangeness of visiting a culture not your own. Just as we expect to find many things we love from back home but don’t find them, there are many things to discover in the new culture that pleasantly surprise us. For example, I had been coming to Russia for several years before I discovered the American ex-patriot community in Moscow, those raised in America who for whatever reason, either personal or business-related, have chosen Moscow as their primary residence. It’s a reminder that there are more reasons to live here in Russia besides the desire to collude in American elections.

One friend comes over this evening with his children for some good ‘ole American comfort food– mac and cheese. We have a great discussion of their new apartment and the international community surrounding their area of Moscow. They bring Dutch treats to dinner to prove the international flavor of their neighborhood.

Another friend’s family are all Russian, lived for a long time in America, then moved back to Russia just three years ago. You would think that a Russian returning to Russia would have an easier time adjusting to change. But culture is about far more than just language. This mother told of of how she felt taken away from her parish home in America, deprived of her father-confessor, and then left on the doorstep as it were of her country of origin. Sure, she could speak the language, but so many American customs, culture and friends that were part of her and her children were suddenly changed. She was a stranger in a strange new land. 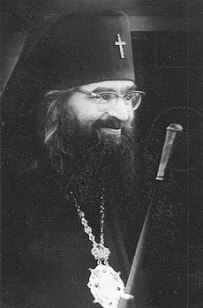 The she, like so many immigrants in similar circumstances, found refuge in the only place that can bear such sorrow and disorientation. She and her husband took their children to the Church. And though the doors appeared closed when they first arrived without anyone to welcome them, the bells of that church just then started to ring, and she directed her gaze heavenward to behold the beloved icon of Blessed St. John Maximovitch of Shanghai and San Francisco, a Russian archbishop and ex-patriot of many lands, whose care for displaced orphans brought him first to China, then the Philippines, then all the way to the shores of North America. This fatherly saint and miracle-worker, whose relics still reside in His Cathedral in San Francisco, reminded her that Our Lord’s care for the orphaned reaches to any land and is spoken in multiple tongues.

And her miracle did not stop at the bell tower. For once she gained entrance to Christ’s Church in her newly re-adopted land, one look at this new parish’s priest gave her a start. For in face, stature, and manner, he is almost a direct copy of the saint who gave her such instant consolation.

Glory be to God for His refuge and consolation amid misfortune and change. Glory to the Holy Spirit, giver of life whose descent and eternal abiding in us means that no matter where we are in the universe, we are never alone. The Holy Spirit has descended from heaven to earth!