So delicious, scrumptious, delightful and desirous are the scents, colors, and tastes of fall. Rather than simply rhapsodize, I have chosen some of the best images from our travels to display the thousand or so words that I feel about … Continue reading → 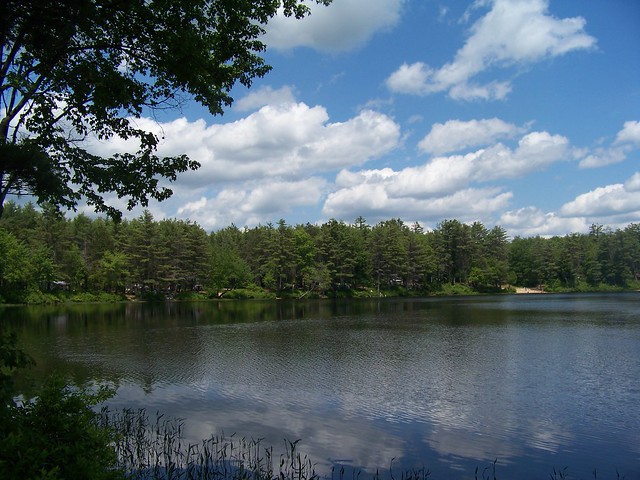 I cannot believe it has taken our family this long to start camping seriously. It is such a close cousin to the dacha experience in Russia only without the growing of crops, for camping tends to be of much shorter duration than Dacha. Growing up with Asthma, I was rarely able to even go anywhere overnight in a tent. Now that I am older and less affected by allergies, I am making up for lost time in my contact with the natural world. END_OF_DOCUMENT_TOKEN_TO_BE_REPLACED

One of my favorite figures of the 19th century urban renewal and nature conservation is Frederick Law Olmsted. His head office Fairsted, located in Brookline, MA, is a lesser known National Historic Site, and he is most famous as the founder of American landscape architecture and the chief designer of New York City’s Central Park. Olmsted’s idea of a metropark was different from the highly cultivated gardens of Europe and Britain. He wanted his city parks to be easily accessible by all people from multiple points, but have the feeling like one has just stepped into a remote, but protected wilderness. Kolomenskoye is a city park in the southern part of Moscow that reminds me the most of Olmsted’s vision, for it is accessible but not overly cultivated, wild but well kept enough to let the little ones roam freely. END_OF_DOCUMENT_TOKEN_TO_BE_REPLACED

Always winter but never Christmas… the spell of the White Witch in Lewis’ Chronicles of Narnia has a prescient quality for us here in New England where the incessant battery of snow, snow, and more snow is testing the patience of even the most ardent lover of the white wonder. Here, for those of you in warmer climes, are some of the best things seen and heard from my camera in the past several weeks.

Now that this blog is a little over a year old, I have many prominent tags of men and women that I am especially devoted to listed in the far lower right. But I can scarce believe that so much time has passed without a single mention of my absolutely favorite scientist of all time, Dr. George Washington Carver. His memory has recently returned to me as we profile famous events and persons of the twentieth century in our little home school study of the last 500 years.

Carver is often covered in the public schools, especially during black history month in February, but he is portrayed merely as the African-American scientist who invented peanut butter and thousands of other uses for that famous legume. “Whoopty doo,” says the average student who either gets too much PB & J in his lunch box or may even be allergic to this great invention. But Carver was so much more than just a peanut scientist because his faith in the Creator caused him to seek the answer to perplexing agricultural and scientific problems not just in the laboratory, but on his knees. My favorite children’s biography of him attests to this and another one speaks of the cause he gave for the murder of our innocent children which will surprise the modern audience even more than his prayers. END_OF_DOCUMENT_TOKEN_TO_BE_REPLACED

Had our first day of school today in our newly created Home School dedicated to the Royal New-Martyred Family of Russia. It was glorious to be teaching in a classroom again, especially to my own dear children. It has been quite a long time since I have had such a pleasure, as I am by trade and calling a teacher and only secondarily a tour guide. I took a break from that calling several years ago so that I could have the energy to start a new family and to finish a seminary education. But now I am fully ready to get back into the fray, and this is so far a wonderful reintroduction for me, like the one described by another home schooler today.

The title of my post comes from a dearly loved college magazine I used to subscribe to as a young man called Campus Life. It was the caption of a memorable September issue which featured on the cover one of the most poignant scenes I have ever beheld. A single little boy in a yellow rain jacket, holding a tiny lunch pail boards a yellow school bus in a gentle, early morning autumn rain. END_OF_DOCUMENT_TOKEN_TO_BE_REPLACED

Sometimes you want to go where everybody knows your name,
And they’re always glad you came…

This theme song from the great American sit-com Cheers is more than an opening for a TV show. It is an expression for a nation overworked and undernourished by the food of community life. We all long for a place to rest where the familiar faces and time-honored routine settles around us like a warm, inviting bear hug. We long for such an experience and expect to find it in places like the church, but all too often our local church suffers from the same coldness and isolation as the world. END_OF_DOCUMENT_TOKEN_TO_BE_REPLACED